A few pics of "to be bought soon" bike picked off the internet.... 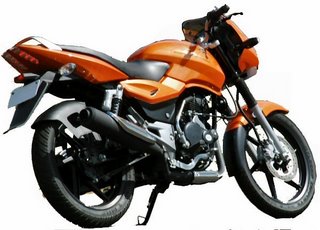 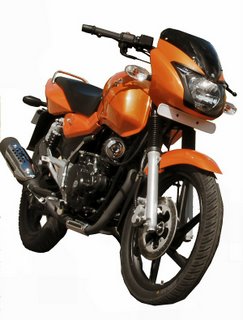 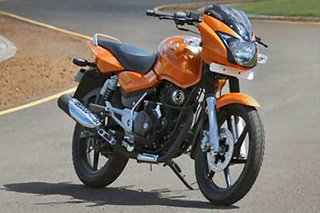 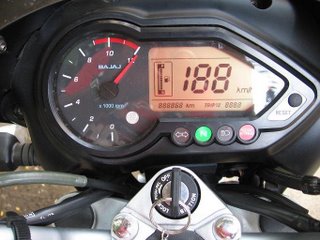 I think I would go for black 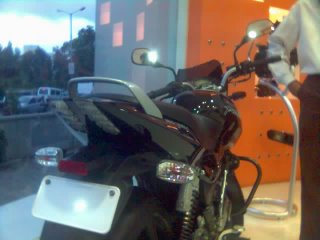 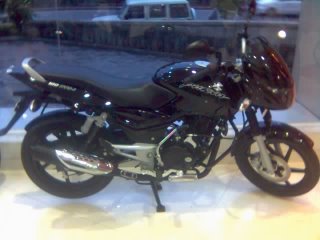 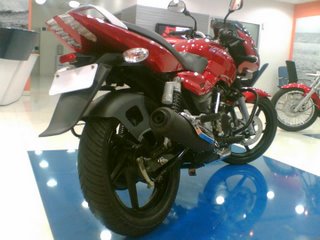 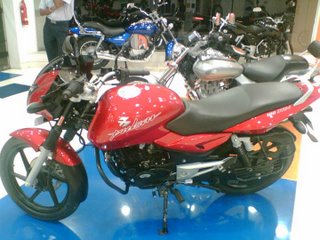 Why Why Why ....Why Hero Honda Passion Plus

One of my best friends, JP, has decided to go for Hero Honda Passion Plus, after having TVS Apache on his list. His argument is that, the route which he would take to office on his new bike would be a heavy traffic one, so buying a 150cc bike and not revving it much, would be a big waste, so he has decided to go for the Passion.
Personally I don’t like Passion or for that matter Splendour, mainly because of its looks. I don’t hate Hero Honda (HH), like some Bajaj lovers do (yes! I am a Bajaj Fan), I would prefer HH to put more innovation in there bikes.
Now that’s the second hint that I have dropped about the bike I am going to buy.
So what hints do we have?
First, it’s nicknamed ‘The Phantom’, and second it’s from the fabled Bajaj Stable.
Tired of guessing….Have patience!!…pictures will be available soon.

News of the day:
Good: A tough programming logic at work has been taken care off.
Bad: Haven’t yet started reading Deception Point by Dan Brown, so the review may take some time.

Pictures of the bike in the next post.
Posted by sanket kambli at 8:52 AM 2 comments: