The Catcher in the Rye ; book review 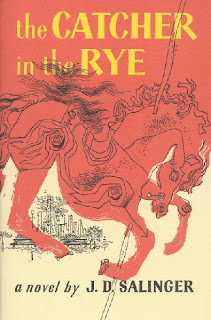 It requires special patience to read this book. Not that this book is bad, but at times it seems too depressing.
But nevertheless its a well written book. The book is written in a narrative style, the narrator is the lead himself. Not only do we get a insight into his personality, but also he explains his likes and dislikes with sufficient reasons.
Beauty of the narration is that when you feel you have really understood him, he comes around with thoughts that will stump you.
The end is the really beauty of this book, and the reason why I liked it. Not that I would have found it hard to like him, as a part of me identifies with him for his style of thinking.
You will dislike parts of his personality or his behavior. But that is also the reason why this book is so good. You like him, and dislike him in equal parts. And its one good ride into his world, as long as you can tolerate his negativity.
Give it a try, its unusual book, you may just like it.
Trivia-
Adam Gopnik considers it one of the "three perfect books" in American literature, along with Adventures of Huckleberry Finn and The Great Gatsby, and believes that "no book has ever captured a city better than Catcher in the Rye captured New York in the fifties."

Mark David Chapman murdered former Beatles member John Lennon due to obsession with Catcher in the Rye. Chapman remained at the scene, took out his copy of The Catcher in the Rye and read it until the police arrived. Chapman stated, "I’m sure the large part of me is Holden Caulfield, who is the main person in the book. The small part of me must be the Devil.
Posted by sanket kambli at 7:18 AM 3 comments:

Stanley and his chillar party 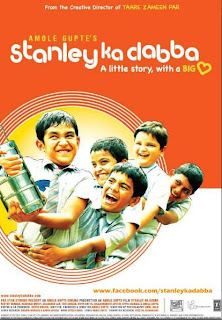 No its not any new movie. It just combines two movies that were recently released. One was "Stanley ka dabba" and other one "Chillar Party".

While the first one is more of a real movie without entertaining songs ,while the later is more fictional yet it is very good. 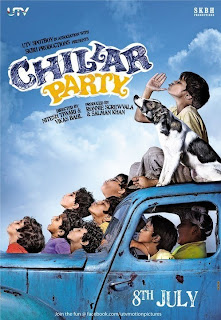 The best part about both the movies is that scenes with kids in it felt written for kids. The dialogues were not sermons written by adults for kids. They were short and to the point told in a kids style.

Child actors acted in such an authentic way that it reminded me of my childhood days.

Both movies deserve applause as they entertain, have a message, sufficient plot, excellent acting, and nearly authentic setup. And more than anything they don't really on star power, marketing gimmicks, item songs, or special effects.

Yet they could do much better, something that portrays a kids imagination gone wild, etc.