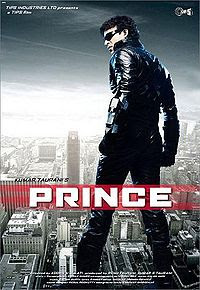 A couple of smart scenes were applauded.

Plot is not intelligent and too mashed up.

Dialogues were cheesy not one memorable

There is 5% thrill, even though the special effects are top quality (bollywood standards).

Sound effects were excellent too, but movie had unnecessary songs and that irritating singer loved by everyone called Atif Aslam

But action scenes were bland. It was as if they all were trying too hard to be cool. And ended up looking dumb.

Aruna Shields was only eye candy in spite of the movie starring two other actresses, the reason is she acted better than both.

Vivek Oberoi was disappointing, I expected more from him, looking at his performance in "Shootout at Lokhandwala", "Company", "Dum", "Saathiya", "Yuva" , "Mission Istanbul" it was a valid request.  Alas he was suffering from the same "I have to look cool" syndrome as everyone in the movie.

Prince is a "campy" or "Cheesy" movies.

The makers of the movie tried too hard, they should have watched 16th December, not the best, but at least it had decent plot in the 1st half. And also they can learn from "Blue" for action sequences. Action sequences isn't about slow motion, its about thrilling people.

It is only appealing (to me) because of its bad taste and ironic value.

I still think, "Tashan" is my favorite cheesy film of recent time, even "Race" was better than "Prince" according to me, maybe because of Anil Kapoor.

Its fine, if you miss it in theaters, but watch it on TV, if you are curious.

Clash of the Titans movie review 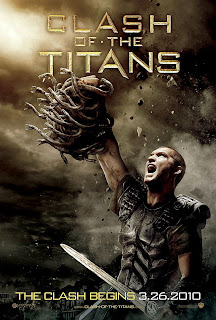 Watched Clash of the Titans
Here is a short review:-
Thrilling action sequences
Superb acting
Good script
Predictable climax but worth it
Perfect sound effects
Scenic locations
And very good one-liners!!
I didn't watch the movie in 3D, but loved it in 2D.
Go for it if you like action movies and don't mind Greek mythology.

IPL watch: Mumbai Indians seem to be cruising towards being crowned the IPL-3 champs

English Football: Bendtner scored in stoppage time to give Arsenal a 1-0 victory against Wolves, thus keeping them in title race.

Champions League: Arsenal drew 2-2 with Barcelona at Emirates stadium and now have to win at Nou Camp