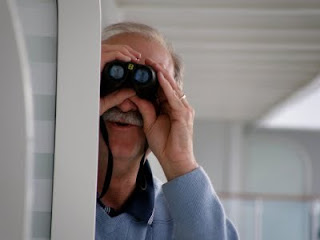 At peace, he sits down staring at photo frames of friends and relatives.
Breeze blew in through a half open window rustling a pile of newspapers.

He places a large knife on the pile. Picks up a dart and throws with fury on dart board to his left side, all the while screaming

"Why wasn't I alert at that time"

A cuckoo flutters into the window, eyes fixed on its beauty, he mutters.
"Birds always fascinated him, they still do."

Suddenly he gets up. mumbles to self: "Stay focussed"

Goes across the room, flicks on his TV, and runs a DVD.

He stares at the screen as the speakers blurt out a news report.

A family of five whose car was closest to the terror car coincidently were later identified as neighbors of the suspected terrorist who was living in a leased flat next door.