Among the numerous movies watched on telly, here are this weeks favorite. 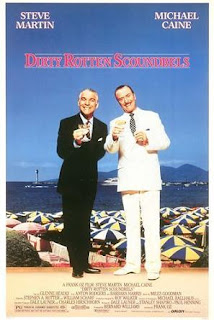 A (1988) comedy starring Michael Caine and Steve Martin. It is basically a story of these two con-artists out to outsmart each other. It isn't a super story and its twists are not necessarily unpredictable but what will delight you is the stupendous acting of Michael Caine (got golden globe for it) and also Steve Martin (one of the best of his career). It is one very very good comedy movie. And surely a movie theme that may have been "copied" in a bollywood movie or two. Go watch it for some hilarious moments.

Second recommended movie is, a movie I liked a lot. 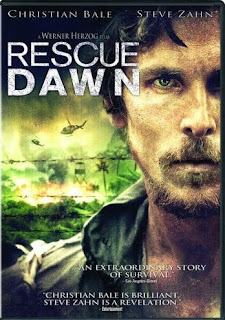 The movie stars one of my favorite actors, Christian Bale.

also many critics say "Bale is a master of using his entire body as a performance tool, letting a thousand meanings play around in his eyes or face and doing whatever’s required for the part to shape his body around the role"

To put it simply it is story of fighter plane pilot who bails out of his plane to land into Viet-Cong controlled area of Laos. From then on it is his story of survival in the prisoners camp. I am tempted to reveal the further story, but it would damp out your experience. So watch this movie about survival and spirit if you don't mind a few scenes which are required to be shown in such "survivor" kind of movies.

Beauty of this movie is that it does not take a political stance instead focuses on the lead and his survival. Its a story that is  moving in its simplicity.

Forgot that my blog is 5 yrs old

Yeah! I completely forgot that some 5 years back on Sunday, January 16, 2005 I began this blog. And as time passed, the content of the blog also passed through various stages. And in spite of 5 years of evolution, my blog still lacks the ability to belong to any genre of blogosphere.

So as I continue on this direction-less journey, I would like thank all my current and also past readers (if they are still reading!) for reading my posts, commenting once in a while, and inspiring me to keep posting at least "something" to keep you entertained. And special thanks to followers of my blog, Niyati, Rajlakshmi, chocolatychocolatelover,Refak, Tasha, Mamta and Priyanka m.

Even though entertainment is still a bit low, the blog still abides with it tag-line,

the world as seen by sankoobaba i.e. ME

See you! When I see you! 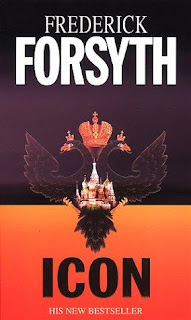 Trying to finish a book, "Icon" by Frederick Forsyth. I really like his style. The way he builds the story and characters without acting in hasty manner is commendable.
Arsenal drew with Birmingham (1-1), making me sick.
My guess of RCB (Bangalore) winning IPL this year looks difficult if MI (Mumbai) play well.
In Formula One, Force India continued to win points in the second race at Australia. Among my fave, S. Vettel could not finish the race, Hamilton came 6th and Kubica came credible 2nd.
Indian interest Karun Chandok of HRT came last but at least he finished the race.
Also I am trying to increase my practical knowledge of UML and Software Engineering models, with special focus on "Agile Model".
One of my best friend Mahendra Bhatt rejoined our company, after leaving it for EClerx a couple of weeks back. He was very disappointed with their work environment, as he does not approve of environment which looks like an assembly line of robots. Well, his talent is valuable to us, so their loss is our gain.
With my promotion to designation of "Team Leader", I am looking forward to the responsibilities of this new role. Hoping for the best.
The climate here is settling down to more of"March heat" instead of the "blistering May heat" as it did a week back.
Thats all! Adios for now~
Posted by sanket kambli at 8:45 AM No comments: