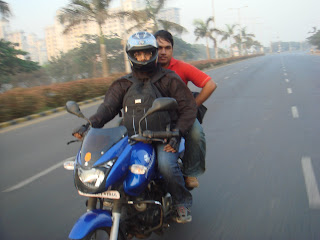 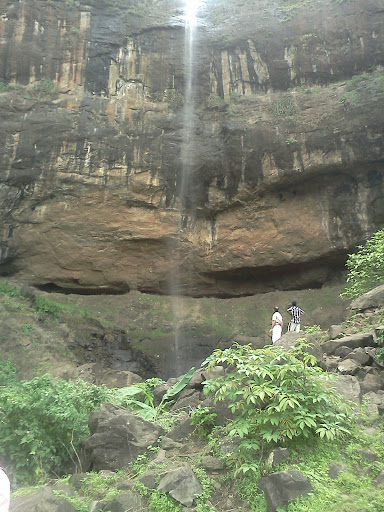 I chose this title because I am stuffed. Stuffed, as I have eaten too much "Chinese bhel" .

This snack, as the name suggests is combination of Indian and Chinese styles.

But lets talk about something else.  we will begin with movies.

The weekend of blockbusters has begun and one after another super movie is releasing to my and mahendra's delight. Mahendra is one of my best friends, and my best movie buddy as we have seen countless movies together.

Monsoon has dried up, and it rains sporadicaly, which isn't a good thing.

I recently visited a waterfall at kharghar called pandavkada, usually entry is banned as it is dangerous but due to low rainfall it looked meek. I rode my bike to the foot of the falls, and it was thrilling to do some off-road riding.

The reason it is called pandavkada is that "the pandavas" during their exile stayed in the cave which is behind the curtain of the waterfall.

so thats all for now. thank you for reading