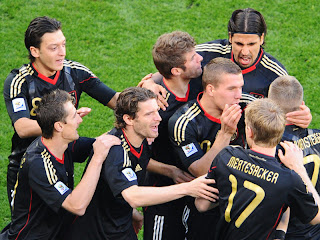 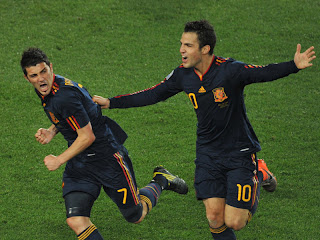 Well, my Facebook status had mentioned that in the face of my liking of both Germany and Argentina, I had decided to side with Germany on back of their good attack and solid defense, as I had felt Argentina didn't have good defense.

Well, my words sounded true, as Germany shot 4 goals past Argentina. Even though I never had complains with their attack, I had this nagging feeling that if they had gone 1 goal down in the first few minutes they would find it tough to come back out of it. While the Germans in same situation would have fought back, as they have already faced 0-1 loss.

Well, with the Spanish finally finding the net in the last few minutes, have setup a match with the Germans. To defeat the Germans not only do the Spanish need to improve their finishing, but also their defending, or else we may see another set of 4 goals shot by. Thomas Mueller will sadly miss the game. So even if both teams are my favorite. I think Germany seem unstoppable, unless of course the Spanish possession masters (Cesc! Cesc! score a goal!!)  create some magical chances and Villa/Torres doesn't waste them. Go G-E-R-M-A-N-Y 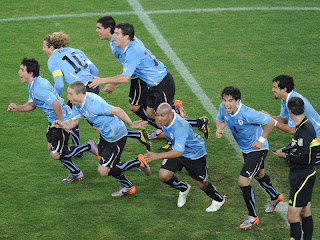 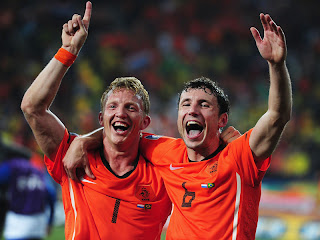 Along with that, another yummy match coming up. Oh yes! Robin van Persie will get another chance to score a goal at the world stage as the Dutch try to score more goals than Diego Forlan's Uruguay, who are the last S. American hope. Go Oranje!!!!!

In both matches Arsenal players will have chance to shine!

a poem written by me

I have posted a new poem on my poetry blog, please do check it out and give feedback.