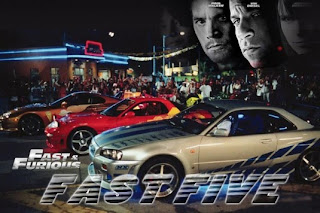 5 reasons to watch Fast 5 a.k.a. Fast and Furious 5
1) fast paced thrilling action involving hottest cars
2) fast paced thrilling fight scenes involving some super bodied action heroes
3) not one but two hot skinny chics (you can even say 3)
4) Vin Diesel v/s Dwayne Johnson face-off
5) There is no logic, but that is what adds to fun of it all. 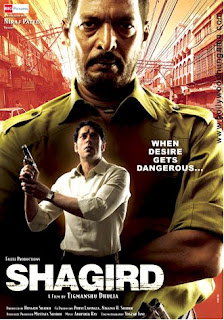 Stellar performance from Nana Patekar.
Absolutely brilliant. A superstar who lifts this movie all alone to new heights.
To aid his performance are some solid actors, who didn't put a foot wrong throughout.
The hunk in this movie, Mohit A. acted good enough, neither bad nor great.
I still find the bengali sweet, Rimi Sen alluring.
And coming to story, it is not perfect. A lot more could have been done.
But it is the pace, style and dialogues that keep you riveted.
Many dialogues are either cheekily obscene or rabidly philosophical. All of them perfectly scented with variety of flavors of character who mouth them. Evoking lots of claps and whistles from the viewers.
Action scenes, sound effects are perfect. And so are scenes of Delhi and its monumental surroundings.
All of them make an effort for us to believe that it is all real.
Direction wise, except the rubbish romantic/melodramatic scenes everything is perfect.
Amazingly it has got no songs, which is great as all that stupid/imaginary song/dance distorts the rhythm of the movie.
Its worth a watch, surely. I would say even more than once, if not, then at least once.
Posted by sanket kambli at 11:58 AM 1 comment: